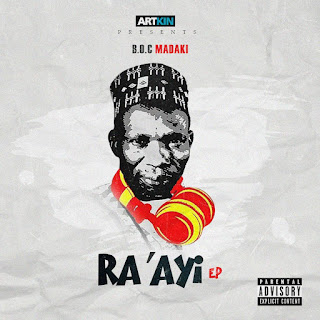 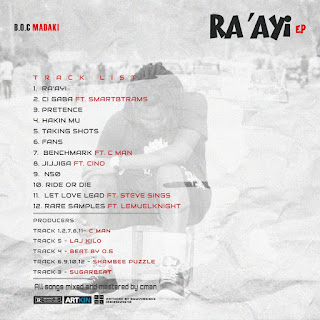 #RaayiEP project meaning Choice EP by Boc Madaki is a great show of  intent and no relent with great lyrical content which can only be rival by few if not none in the Nigerian music scene.
It’s Arewa to the world movement.
The birth of this project began when a concerned Lagos based fan posted on BOC MADAKI’s fan page on the 6th of December 2017.
“ 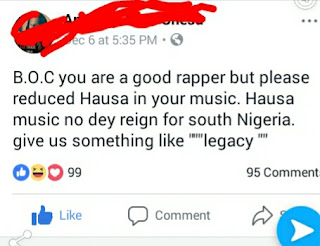 “
It triggered BOC into making this Project in less than 3 weeks time to further cement his name as one of the hardest spitting indigenous rapper in NIGERIA. Hausa is English & English is Hausa the difference is just the dialect.
language shouldn’t be a barrier to accepting ones creativity or art, the question here is why Hausa? sarkodie spits in Ghanian dialects yet same people at Lagos listen to him and they even pay to watch him perform live but claim not to relate with Hausa vibes that is Nigerian? I’m so cryptical about this coz One could feel the hunger, urge and ginger in BOC MADAKI the moment drum kicks and pianos roll he spit with great vocal strength like that of a young and vibrant leader fighting for his right. The truth is BOC is hard working and desevre more than he gets now he is taking Hausa hiphop to greater heights. No one can deny that BOC MADAKI is as talented as any Yoruba or Igbo rappers making waves Many will even argue he is more talented therefore, calling BOC MADAKI out to use more English than Hausa is a sign of disrespect to his local dialect and hiphop in general. I applaud BOC for putting out this project as a response to the aforementioned.
Its Hausa to the world baby!
THE PROJECT FEATURES SMARTBTRAMS, CMAN, CINO,  STEVE SINGS & LEMUEL KNIGHT..
Check below for download links….
Track by track download links